Elizabeth Regina: A Note on Versatility from One of Our Singers

Versatility: curse, virtue, or both? 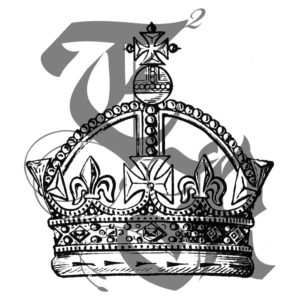 This is my second year singing with Dulces Voces. I begin Elizabeth Regina singing alto on William Byrd’s O Lord, let they servant Elizabeth and, if I’m brave and don’t chicken out and jump up the octave, I will sing a low E-flat below middle C. Then, on the opener for the second half, I sing soprano on Ralph Vaughan Williams’s Just as the tide was flowing, which takes me up to a high A-flat. Provided everything goes according to plan, I will have sung a full two and a half octaves. If, however, this light, lyric soprano doesn’t quite make it down to that low E-flat in the beginning, we’ll only hear a measly two octaves. I’ll try not to disappoint.

I’m far from the first vocally versatile member of Dulces Voces. Holly, who has been with the group since long before I moved to Lincoln, regularly dumbfounds me with her range. She spends a lot of this concert (and most concerts lately) singing tenor — regularly hitting that low E-flat with ease. She’ll then turn around in rehearsal sometimes and break out into a soprano line higher than anything I’ve sung in public to date. We have other members that jump around on parts as well — Laura and I have been trading off singing soprano and alto, John occasionally hops up to tenor from his usual happy place of bass/baritone, and perhaps most impressive to me, Colleen will sometimes take a break from rehearsing her alto line to sit at the piano and play parts.

The concert’s music itself spans a wide range of affects and requires a lot of musical versatility from all of us. We have the stillest of the still in John Tavener’s The Lord’s Prayer (the instructions in the score literally tell the singers to sing with as little dynamic contrast as possible). Contrast that with the very model of lively Renaissance-era polyphony in Thomas Weelkes’ As Vesta was from Latmos hill descending, which is used in almost every undergraduate music history course as an early example of musical variety and text painting. Never mind that those two pieces of music were written four centuries apart.

As much of a challenge as it is to put together such a diverse collection of songs, the members of Dulces Voces have embraced it and had a lot of fun putting it together. One common thread through it all is everything will be in English, even the one with the Latin title, the Orlando Gibbons Te Deum. And after all, the two Elizabethan eras include most, if not all, of England’s most treasured choral music.

This entry was posted in Pre-performance.